Why So Many Intelligent People Are Broke 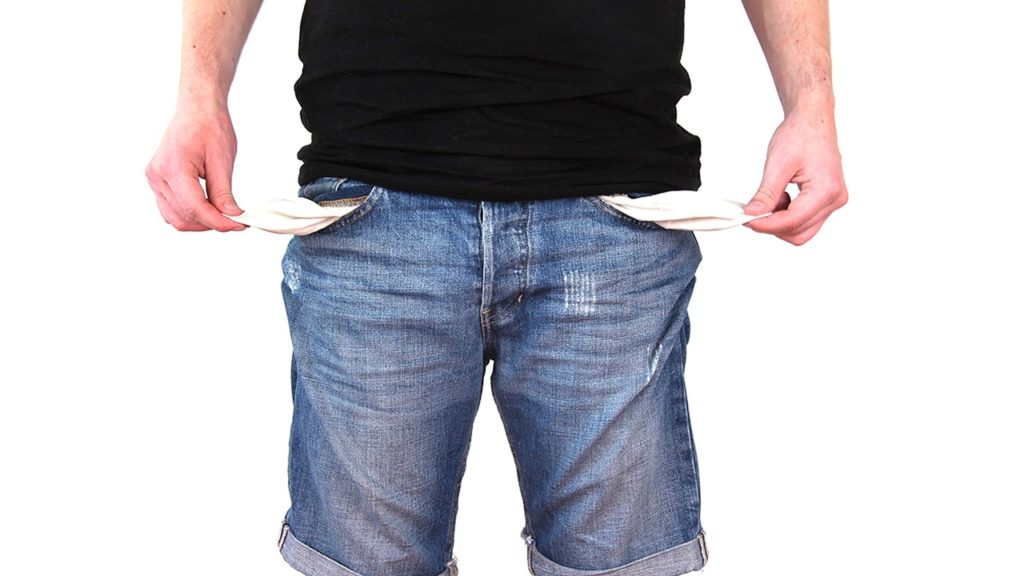 Being broke has nothing to do with you being dumb. In fact, it is likely that your intelligence is being counterproductive.

Having a successful personality and tons of talent can often make it difficult for you to run your own business or fit yourself in a situation where you have to work for someone else. Most of the successful entrepreneurs are not essentially very smart; neither are they the most motivated ones. You might be saying to yourself “This doesn’t make sense!” Allow me to explain why in my opinion, being successful has nothing to do with intelligence and why so many intelligent people are in fact, broke.

The Feeling of Being Better Than Everyone Else Is

One issue that excessively intelligent and over-smart people face is the feeling that they are somewhat better than others are. Be honest – it’s the truth. This problem starts from school when they are first exposed to group projects and collaborative work. If you were the class topper who used to dread working with others, just because you thought you were too intelligent for the group, then congratulations! You might just be the most unworkable person now. In school, such intelligent people always worried about good grades and with the fear of losing points due to someone else’s fault, they usually ended up doing almost the entire thing themselves. While this might look like an encouraging habit at a young age, it actually means that such a child will grow up to be a mad worker and someone who will loathe working with anyone just because of trust issues on how well his/her colleagues will work.

So how does this make them broke? If the intelligent people manage to work for someone, they will end up taking all of the work each day, meaning that they will jeopardize their lifestyle in just delivering good work. Staying on such an insane work schedule for a little while is fine but having a habit will lead anyone to a boiling point where their minds stop functioning and hence they lose their cool and possibly their job. Such people are usually unsatisfied working for anyone because they simply do not feel that others can contribute to the same level as they do. They worry about even the slightest things and are exhaustive in their way of working where they should ideally be resourceful. I know people who are gifted but because of this habit of overworking, they have not been able to build a career and seem lost. Your practical life demands you to work with others, accepting their strengths and weaknesses.

‘Slackers’ Are Drawn to Automation

It is interesting to note that some ‘slackers’ will actually be better suited for running a successful business than intelligent people. This is because from an early age slackers are conditioned to look at collaborative efforts to get them through. They are more effective in delegating and even manipulating others into doing things that they themselves do not want to do. Moreover, because smart people have a habit of doing things on their own, they do not have a tendency to delegate tasks to others and lack the urge to automate processes. All of this is damaging for any business, since businesses rely on automating processes to help the owners focus on other more important tasks than just micromanaging everything.

Too Complicated For Their Own Good

Intelligent people like taking unnecessary challenges. They have a flair for complicated, unusual and different things and they stay away from following the KISS rule (Keep It Simple, Stupid) which is the rule of thumb for success in modern workplaces. Want proof? Just look at how fast food chain McDonald’s operates. What might seem like a complex system is actually a cluster of very simple tasks, executed by all types of people, around the world. Since intelligent people constantly worry about unnecessary things, most of their productive time is eaten up by these thoughts. Such individuals are frowned upon at workplaces. In fact, most successful businesses are majorly staffed by ordinary people, because working with intelligent people is often difficult.

Another reason why smart and intelligent people usually end up being broke is that they usually have the most to lose. It turns out that the smarter anyone is, the more options that person gets of making it big professionally. There will be much bigger opportunities for him/her to make a lot of money in a wide variety of fields and have the opportunities to be promoted and then earn even more money. Sounds good, right? Wrong! With all these opportunities to make money comes the risk of losing the most as well, in comparison to an ordinary individual who has limited options and knows what to focus on to survive. This is commonly referred to as the Golden Handcuffs Dilemma.

Intelligent people have much higher expectations from themselves, meaning that for any job to work for them, it needs to pay equally good to be worth their time. This dilemma makes them almost impossible to be satisfied with anything and a lot of smart people end up just changing jobs in search of that elusive “dream job” that never comes. In all this job-hoping, they spoil their resumes to a point of no return, making it difficult for any hiring manager to get past the basic question of “why have you changed 5 jobs in 2 years?” I know many people who have great formal education from renowned institutes but are unable to find the “right” job for them, stalling their careers. On the other hand, some pretty ordinary but hardworking people have kept their heads down and remained focused on doing their day to day tasks and have managed to generate some great savings while at it.

Intellectuals and intelligent people are not just broke because they are difficult to work with. Some are also annoyed by the thought of focusing on making a big earning and molding themselves into a routine that they are not comfortable with. Usually a tough cookie, intelligent people prefer being left alone to explore the world and all the opportunities in it in their own ways and not be shoved into the real world. These people think they were destined for something greater, like contributing to something that would change the world. For them, worrying about their next paycheck seems beneath them and they would rather worry about how they can contribute to the greater good of all of humanity. This pursuit of meaning can get a little too overboard for their own good, disconnecting them from the harsh realities of life. I think this article on Forbes perfectly explains how being rich did not mean you were smart, and being smart did not ensure that you would be rich.

I understand that not all that I have talked about here might be very easy for you to comprehend. Now don’t get me wrong – I am not saying that being intelligent is wrong or that intelligent people are doomed in real life and will always be broke. My point is that being smart has its own issues, meaning that being ordinary is not a bad thing at all, as long as you have conviction and determination to make a good living. Likewise, intelligent people should not think that everything will be rosy and they will get the ideal job and massive earnings just because they are smart. Real life requires us all to understand and accept each other with all the differences. You cannot succeed if you look down on others or are not willing to do whatever it takes to succeed. Almost everyone starts from level zero and works his/her way to the top, irrespective of whether s/he was intelligent or academically below average.

There is a lot that we can learn from each other and that includes being a great employee in a team or a great boss when running our own business. Trusting others with their abilities and having true collaborative work with others is essential to our own growth. Even the people who have slacked in the school days can actually teach you a lot about smart management. Automation is the key in modern businesses. You simply cannot do everything all by yourself and you will need to delegate tasks to others. Overworking yourself thinking that you can manage it because you are smart might be a short-term solution. However, we all have a tipping point after which our brains stop working and we need others to help us get out of the mess.

Do you have your own opinion on this topic? Do you know an intelligent person who made it big in professional life? Do you know anyone who was ordinary in school but grew much larger than anyone ever expected? Share your stories with us in the comment section. Also do check our other blog posts on Why Dumb People Make Lots of Money and Chasing the Cash? Here’s Three Things to Consider.