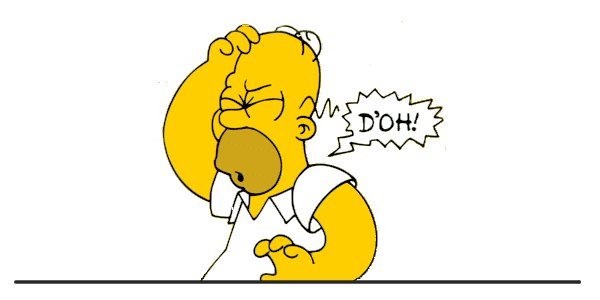 If you’re a recent graduate, then you’ve mostly likely launched your career in a low paying, entry-level position. While it can be frustrating having to start at the very end of the totem pole, that won’t be the case forever.

But promotions do take time. Even in a start-up company that only has a handful of employees, it can take a solid year to earn a promotion. So while you can’t expect anything over night, you can hopefully expedite the process by never becoming an offender of any of these promotion-killing crimes typically committed by “millennials” – young professionals still locked in the college mentally.

Demand Too Much Flexibility

This might sound like a no-brainer, but all too often young salary-paid professionals forget that they work under contract hours. You’ve might’ve been able to show up to class late or skip it all together without consequences, but in the working world you will learn early on that this is not tolerated—you need to show up on time even if that means putting your week-day partying nights that you were so fond of in college behind you. You don’t want to take Paid Time Off days (PTOs) or sick days too early on either, even if your employer doesn’t issue a probation period. So don’t plan a vacation within the first six months that you’re working there at the very least. Don’t fuss if you have to finish up some work on your weekend. And if your boss allows an occasional Work-From-Home day for employees who may be sick or have an unexpected emergency, do not take advantage of them. Use them sparingly. The more your boss sees you in person, and more importantly in your seat, the more likely he or she will remember you and consider you for a promotion once evaluation time comes.

All throughout your life educators have praised and rewarded you with letter grades and stickers for your accomplishments, so it really doesn’t come to a surprise that some young professionals expect similar behavior from their bosses. But in the working world it doesn’t work like that at all, especially for entry-level employees. Even if you execute an assignment or project magnificently you can’t expect to get an “A” which in the working world translates into a pay raise/bonus or a simple “good job” or recognition from your boss. As far as your boss is concerned, you’re doing what he or she hired you to do—your job. So don’t get discouraged if you don’t get a lot of feedback after knocking something out of the park, your hard work isn’t going unnoticed. So keep up your morale and continue giving everything you have—again, it will pay off once evaluation-time comes.

Complain About Duties to Co-workers

In school if a professor was being unreasonable or an assignment too tough, you most likely vented to your classmates about your unhappiness and concerns. While you may be tempted to vent to your co-workers when your workload gets too stressful or your boss too intolerable, you may want to severely reconsider. Gossip gets around. You may think you can trust a certain co-worker, but you can’t be certain if he or she has loose lips. Not that anyone is intentionally trying to sabotage you, but things can easily slip out during passing. So if you don’t want your boss to hear about the new little nick name you’ve given him or her, vent to close friends and family members only – not with co-workers or on social media sites. If your boss can only think of positivity when your name is brought up, then your chances of promotion are more likely.

Lastly, you don’t want to be too ambitious. For example, in school you may have wanted to be the absolute best—earn the highest grades, be the first to volunteer to answer a question, do extra credit assignments and visit your professor during office hours just to “chat.” But in an office setting things work a little differently. Yes a hard worker is appreciated and will prove to employers that you have what it takes and deserve a promotion, but you don’t want to step on anyone’s toes when you’re still at the bottom. There is a hierarchy you must respect. For example, you may be eager to spread your new ideas for the company and want to email the CEO without your direct supervisor’s consent, but know that this type of ambition won’t resonate well with some employees. Make sure you’re on good terms with everyone and that people know who you are before you start passing along your ideas and try to respect the levels you must pass through to get your ideas into the right hands.

Caroline Ross is education writer for www.accreditedonlineuniversities.com, a website that helps alternative learners find both programs and careers that fit their needs. She welcomes your comments.