Home / All Featured Articles / Best Of / Graduate / Leader / Professional / Stuck In A Rut? No You Are Not

Stuck In A Rut? No You Are Not 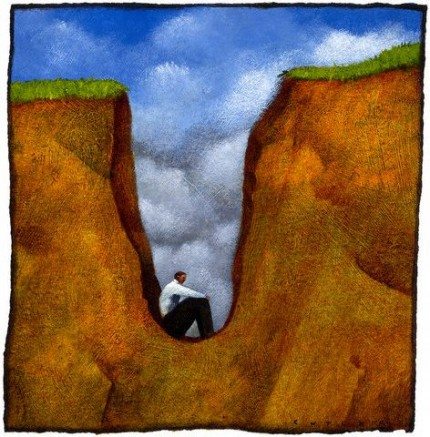 How often do you feel like you’re stuck in your job and can’t find a way to fix it or move on? If you’re like me, then you will have thought this often throughout your career. However, I think that this has all been in my mind. Here’s why.

This post is a follow-on from my article We Are Not Constrained, where I discussed the reasons why I think that most of the constraints we believe we suffer from aren’t real constraints – just problems to overcome. In this post, I take this a bit further to suggest that we are not stuck in a rut; instead we just haven’t found this solution to our career crisis, yet. I’ll start with a story.

A friend, Mike, graduated from college four years ago and began work in what he thought was his dream job – a graphics designer. Mike was hot property as his portfolio included some innovative work. So lucky Mike was recruited straight from college without suffering the long periods of anxiety and doubt that many graduates face today. And ‘ker-ching’ – he received his first pay check and began living the dream. He bought his own modest apartment, put a deposit down on a brand new Ford, and made a reservation in a hotel in the Caribbean. Into the trash went the hoodies, and on came the Hugo Boss. Things could not get better. Right?

Guess what…? A year into his dream job, his employer was absorbed into the parent organization and many of Mike’s close colleagues and his boss were transferred around the organization. Mike had a great relationship with his boss, who gave him a lot of support and she took a real interest in his career and development. Mike’s workplace moved to a larger, out-of-town unit surrounded by concrete manufacturers and unsanitary burger-joints. Things just weren’t the same, and Mike resented this. He stayed in this job, but new boss treated him like crap and he hated the environment. The love of the work and the workplace dropped through the floor.

Mike begun to look for alternative employment, but what he found was that other companies couldn’t pay the same, or were not comfortably commutable (Mike loves his apartment), or that they didn’t offer the same interesting work, or that they didn’t appreciate his potential, or the receptionist didn’t have nice teeth…. yada yada. Mike couldn’t find a job that was significantly, or even insignificantly better than his current job, so he concluded he was stuck in a rut. Truth is, he was still too comfortable to move on, but wasn’t 100% happy where he was. We might say that this is ‘being stuck between a rock and a hard place’.

Many people get ‘stuck’ in jobs, because they don’t like them (or even hate them), but there isn’t an alternative that ticks all the boxes to provide enough motivation to move on. As in Mike’s case, quitting a job isn’t always the best option. Whatever our reasons for staying in a job we dislike, there are ways to make the best of a less than ideal situation. Here’s how.

Until we can clearly identify what the problems are, we can’t really solve them. Now Mike resented the changes, and couldn’t see any good in the new situation. He was emotional – hurt and angry that his dream job had been snatched from him. He couldn’t work out exactly what the problems were, but did miss what he had lost. When Mike first told me about his situation (about 18 months ago), the first thing I suggested was that he lists the problems out on paper. To his surprise, he found this to be much more difficult than he expected, and often resorted to what was taken away rather than what the problems were with what remained. We persisted, and eventually Mike drew out a list of 8 things that really bugged him. And you know what? They weren’t really grave problems (or viewed as constraints) – they were significant problems that he didn’t know how to solve. They were:

When you look at this list, can you see possible solutions? This is what Mike and I looked at next.

Mike was jaded by his experience. Solution finding was not something he felt motivated to do, because he had been so damaged by the changes (his dreams has dissolved, after all). After much soul-searching, Mike admitted he was using this as an excuse. Way-to-go Mike! He had overcome a major hurdle.

So I suggested to Mike that he lists a possible solution against each problem, and this is what he came up with:

See how Mike began to think of positive outcomes for his problems? He discovered (all by himself) that there are a number of things he can ask for, or put into place himself, to make the situation better. At this stage, Mike felt a huge burden lift off his shoulders, even without solving the problems.

So What Happens Next?

Well what Mike observed next was the snowball effect. He went to his boss and had a good long chat about his problems. To his surprise, the result of this was an immediate set of actions that begun a real roll of improvement for Mike. He started by asking for more support, and it started a wave of change because a dialog had begun and rapport had taken hold. His boss wasn’t an ogre, but rather, was struggling with the change himself and at first impressions, saw Mike as hostile (which to be fair, he was.)  So the partitions were lowered. Mike began to help his colleagues, and he felt more within a team, and he discovered that his work was well respected throughout the organization. His boss agreed to weekly one-to-one meetings. And here’s the interesting thing – once Mike had seen signs of resolution on a number of fronts, some of the other problems seemed to be far less important. The noise next door stopped bugging him (without any sonic intervention!) and he began to see more interesting and beautiful things closeby to his work environment, such as a public park where he now eats his lunch with a couple of buddies.

What Mike had learned is that taking responsibility for resolving his own problems had a great result. And, ultimately, he discovered he wasn’t stuck in a rut!

We Are Not Constrained