Home / All Featured Articles / Professional / Convincing (maybe!) Excuses to Use When You Are Late For Work

Convincing (maybe!) Excuses to Use When You Are Late For Work 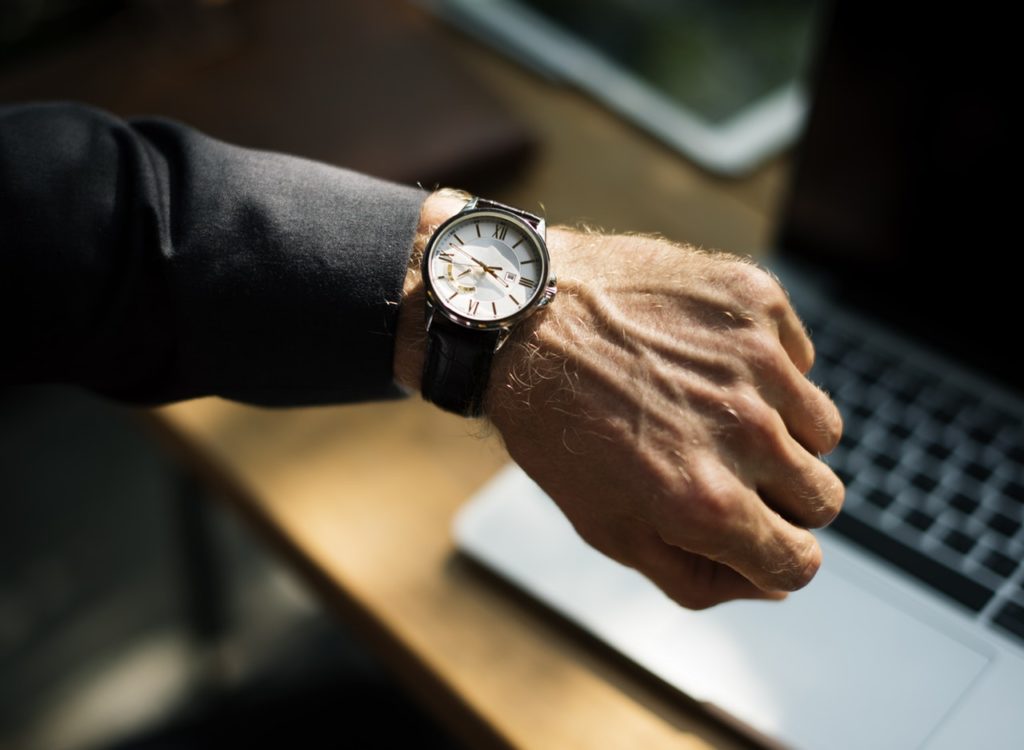 If you are anything like me, you will find it a bit difficult to get out from a deep sleep, fighting all those beautiful dreams. Most of us have a habit of snoozing the alarm repeatedly, leading to leaving late for work. And even if we try to speed our way to office, chances are that we will be running a tad bit late. There is a variety of excuses given by late comers to their bosses, ranging from plain outrageous to extremely believable.

I have discussed in this earlier blog post the best ways of sneaking out of office without being noticed. In this blog post, I will be discussing some of the most convincing excuses that you can make when you are late for work.

Which one you should use is entirely dependent on your situation, and the propensity of your manager to believe them. For your ‘convenience’ I have added two ratings per excuse – ‘Challengability’ (likelihood of your manager challenging or dismissing the excuse) and ‘Repeatability’ (how often you can use the excuse without pushing it!)

One of the most common excuses of late comers is being stuck in traffic. We all know that traffic can become ugly during peak hours, no matter where you live and this would perfectly add up to you coming late. Even though in reality, you woke up late, this would be an excellent and common pretext given by you and most of us.

An interesting excuse that people come forward with includes waiting for a new machine or appliance to be fixed. You could say that you scheduled the appointment a week ago but forgot to remember and now it is mandatory for you to wait for the technicians to arrive and fix the machine. This unique excuse can seriously save you in front of your bosses.

Another common explanation used by individuals include a sick family member, especially old members like grandmother and grandfather. You can use this excuse multiple times. You could say that you were out to the hospital with them.

This is a funny and ridiculous reason, but believable nonetheless. A few of us forget to set the alarm right or switch off mobile phones while sleeping. You could say that your alarm clock broke down or you set the wrong alarm on your mobile phone. However, you cannot use this often. Ruffled up hair and perhaps a wonky necktie will add to the story.

Professionals who live far away from the city have to rely on public transport on a daily basis. They can easily blame the transportation system for them coming late, saying that the local train or bus turned up late. Just be sure that no other co-worker uses the same route as yours, as they might have reported on time.

Falling ill can be another interesting and common reason for coming late to work. With a whisky voice, call your boss and mention that you are running a bit late because you have been feeling unwell. Just make sure to make it a minor illness and not something too serious. If you coming late was planned on your part, you might find it useful to pretend a day before that you felt you were getting ill.

When all your excuses in the past have been around you, it might be a good idea to blame your spouse/partner for a change. Say something like your wife fell ill ad you were needed to take care of her. This can be a very meaningful ad valid reason for getting late.

Another absurd, but very relatable excuse can be searching for car keys. When you have small kids at home, losing car keys can be an even more believable plan as kids have a habit of playing with car keys, watches and wallets. You may also conclude that you were able to finally find the keys at an obvious place, such as in the lobby or on the fridge etc.

A very common and rough-cut cause many of us come up for being late is that our car broke down. There are varieties of options for this – a flat tire, a dead battery or any other thing can be used as a perfect excuse, which even your boss will be able to understand. Some grubby, oily hands will add to the convincing story.

A good and rather very interesting excuse can be you saying that the police for no cause held you. If you say you were caught for over speeding then you might be asked to give proof. Therefore, to stay safe, it is better to say that you were just dragged aside on some stupid suspicion.

When it is clear to you that you are running late then you can say to your boss that you were waiting to meet your doctor for a scheduled appointment. Since there is crowd there, it might take time and this will be a valid reason for your boss.

Simple and true, you could simply say that you are having cramps and would be late for work. Your boss will not enquire any more.

Among many other explanations, death in the family is another excuse widely used by people. Either far off relatives or grandparents are dead and you got late for work. Such arguments will result in no arguments and only acceptance, cooling off your boss instantly. However, it is better to stay away from this excuse as it is plain unethical.

Feeling dizzy and giddiness since you took a tablet or cough syrup the previous day can be a very strong reason for ending up late. Call your boss early in the morning or drop him/her a voice message in a voice that makes him/her believe you. Don’t forget to dramatically sway occasionally.

If your car garage has those fancy automatic power-operated doors, you can pick this purpose and simply mention that the door is not opening due to power failure. In case you have no other option, you could just use this one and it will work. Drape a few cobwebs into your hair for better effect.

If you are living in a country like the United Kingdom then bad weather can be a blessing when running late. In the rainy weather or during winters, nature would hold hands with you in making that perfect plea for you. You could simply say to your boss that the weather was bad and your area had too much snow.

Employees can come up with funny excuses when desperate. Saying something like you got out of your house wearing the party shoes or the wrong socks will make your boss laugh. It might not make you look smart but if used just once, it might just work!

Forgetting your purse back home and having to go back to get it. I remember someone make an excuse that she dropped her purse in a coin operated newspaper box, meaning that she first had to find a coin to get it out.

You could just say that all of your washed clothes were still wet or got wet in the rain and you just did not expect any showers in the morning. This might be a goofy excuse but it is one that is believable and something people can relate to. Some water sprayed onto your shoulders and head will work a treat. For Pete’s sake, don’t do this on a hot, sunny, drought-like day.

It is possible for you to make an excuse as you tried trimming your hair but ended up messing them up and had to go to the beauty salon to get them fixed, who took all of your time. Bear in mind that it will be better to use this excuse after you have actually had a haircut the day before or over the weekend. Just make sure your hair actually looks trimmed.

Some employees, when making excuses for getting late, open up their social causes. You could say that you were held up at the highway helping someone stuck in a car accident. This will be an acceptable reason as it deals with you helping humans.

Most employees use this common excuse of being stuck with getting their kid to school or baby to day care before setting out to office. Some yogurt ‘spilled’ down your shoulder will add to the effect of a vomiting baby. While this excuse can be true and valid, it cannot be used too often as it is expected of you to have better time management.

A very peculiar apology many people make involves their pets. It might be that their pets ran out or are stranded on the roof and not coming down or just ill. An emergency appointment at the vet can take a lot of time and it will be a valid reason for you coming late.

All these are some of the best excuses for you to make when running late for work. Do you have any suggestions of your own? Share them with us in the comments below. I am sure you will also love reading this blog post on The Best Excuses for Asking Your Boss to Leave Early