Why Meditation Can Be the Key to Personal Development 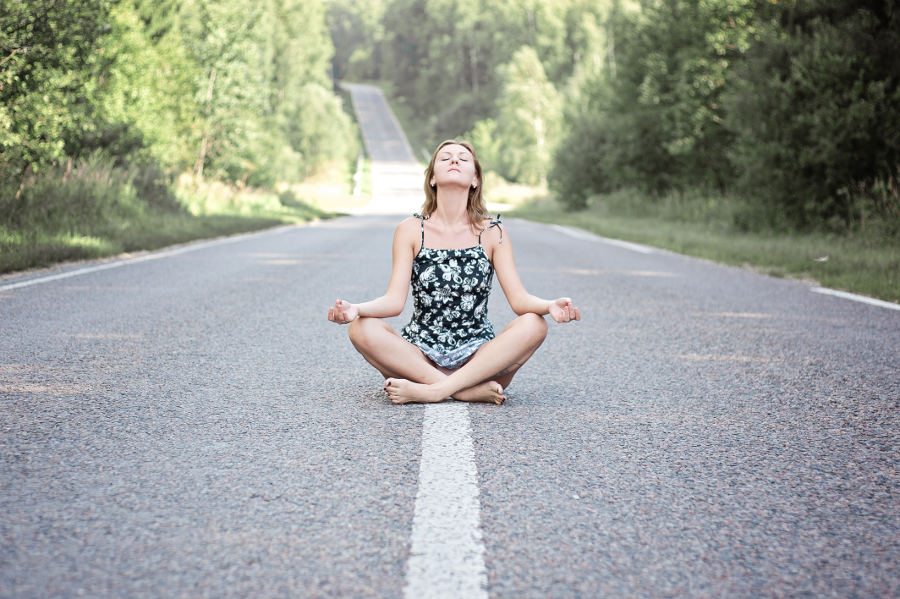 Meditation and personal development research has been rolling in for decades. The studies have intensely illustrated the many benefits associated with meditation. Confirmed by EEG, the practice appears to enhance the brain function to some level. Ranging from a reduction in activity of the central part of the brain to change the grey matter volume, it is evident that the practice dramatically enhances the connectivity between different parts of the brain. Even though the changes are not simultaneous, psychological effects are visible.

Studies have also shown that meditation aids in relieving stress, depression, and anxiety. Besides, it improves someone’s concentration, attention and the psychological well-being in general. According to the research done by UCLA, it was found that those who meditate rather than those who don’t meditate experience more personal development. For instance, the grey matter of participants was retained while for the non-participants it had significantly reduced. According to the statistics, it is evident that there are many reasons as to why meditation is the key to personal development. Here’s why…

At times, some things might have put you down making you feel undermined and leaving your belief questioned. Such doubts usually lead to us feeling inferior and hopeless. Lack of self-confidence is not a natural feeling, and it can be quite demeaning.

Once you start meditating about most of your problems, you slowly dissipate them from your mind. This leaves you with a sense of peace. You start losing awareness about your physical body and in the process, pay more concentration to your self-talk. Self-confidence is therefore enhanced.

Many thoughts are associated with judgment and fear. Fortunately, visualization helps in taking you beyond your thoughts. It enables you to diverge from your fearful ego to peaceful and happy mood. As a result, self-confidence is boosted.

Many people might be asking themselves “what is mild schizophrenia.” This is a psychological disorder associated with severe dysfunction across the aspects of cognition as well as emotional behavior. Sometimes the actions can severe to the extent of associating themselves in rambling. Fortunately, meditation reduces schizophrenia in the affected individuals. Some studies mentioned that the meditation practices help with blocking the areas of the brain associated with psychotic disorders. Even more, meditation can help controlling their thoughts and actions.

Some studies have shown that meditation efficiently works in helping people deal with different types of addiction. Its effects can be felt in the parts of the brain associated with self-control. From the smoking program, the American Lung Association Freedom have been offering mindful training sessions. People who learned mindful meditation were much more likely to quit the habit of smoking by the end of that practice. Those who required conventional treatment required a follow up of about 17 weeks.

Since meditation facilitates the decoupling of the state of longing to smoke, experienced smokers are easily driven out of that habit. Another research which was carried out on mindfulness training, mindfulness-based relapse prevention and lastly mindfulness-based cognitive therapy outline that the sessions can aid in the treatment of various forms of addiction.

It helps to preserve the aging brain

According to a study carried out by Florian Kurth, it is clear that the part associated with meditating is experienced some distinct effects as it ages. However, these regions are preserved when one engages in visualization, and their functioning is enhanced. For instance, those who have been visualizing for a long time usually notice that their brain functioning is still retained.

Visualization reduces the activity in the “Me Center” of the brain

According to the research conducted by the Yale University, it was found that mindfulness visualization dramatically reduces the activity at the default mode network. This is the brain network which is responsible for the control of self-referential thoughts and also minds wandering. Most interesting, the system is usually active especially when our minds aren’t engaged in thinking, and they are just wandering about different thoughts.

Mostly, mind wandering is a process which is linked to being unhappy, either ruminating or worrying about different things happening in our lives. Studies still show that even though meditation is usually a quieting effect on the brain network, it reduces the inactivity of “me center.” It’s common to find those who meditate being much better at snapping because the moment the brain starts to wonder, new connections start forming.

It reduces depression and anxiety

A recent research done at John Hopkins relates the practice of mindful meditation with its ability to immensely mitigate different symptoms of stress, pain, and depression. Madhav Goyal, a researcher, together with his team found out that the overall effect size was moderate. Both the effect of meditation and use of antidepressants is relatively equal to 0.3. This makes the impact of meditation to sound better than the drugs.

After all, the practice is one of the forms of training the brain. As Goyal puts it, meditation isn’t a process which only involves people just sitting down and barely doing anything. However, it’s an active training of the brain to boost awareness and enable someone approach life differently. Meditation is a tool which aids in managing symptoms of depression and anxiety but not for treatment.

Meditation is not only a panacea but also a good practice that should be embraced by everyone to ensure personal development. Several companies such as Apple, Google, and Target are integrating visualization into their schedules. Over a short time, its benefits are felt when practiced regularly.

Even with some researchers cautioning that under certain circumstances meditation can lead to ill effects, its practice is still surrounded by uncountable benefits. With a good teacher, meditation can never be harmful. For instance, trying to quiet your mind a few minutes either in the morning or the evening is advantageous rather than dedicating all your time to the phone. Paying some attention to the thoughts circulating in your mind can help you relieve them without necessarily reacting. With the intensive research done, dedicating a few minutes to meditation can make a huge difference.

Mike Jones is a freelance writer who enjoys offering advice on health and mindfulness. He’s been practicing meditation for a little over a year and he feels more in touch with his feelings and reactions.