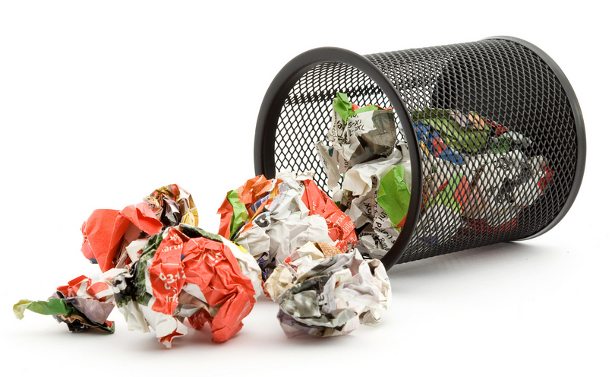 If you’re like me, you can spend many hours in a week writing business reports. How do we know if they’re being read?

These documents are used for a number of reasons:

If you’re not writing a report for these reasons, then why are you writing it at all?

If your documents don’t fulfil any of these purposes, then question why you’re writing it. Sometimes, an organization’s modus operandi means that things get done because that’s how they have always been done, and the purpose of it can get lost.

How to test if your reports are being read

I have two simple ways to offer:

Make a mistake that sticks out like a sore thumb. Make this mistake one that can be explained away as a typo.

Does this sound like professional suicide? I don’t think so. We can all make mistakes. One small ‘mistake’ won’t get you fired.

What if your mistake is discovered?

Great news. Somebody is reading your report. Re-issue a corrected version to your distribution list with an apology. Anybody who didn’t read your report, or didn’t take the time to check for accuracy – they’ll be sure to read it next time as they’ve now been exposed.

What if your mistake goes undiscovered?

Same again – re-issue a corrected version to your distribution list, fessing up. Give it enough time to increase the shame-value, proving that nobody has read it.

Then, challenge the importance of your report.

If nobody picked up on your mistake, proving nobody has read it, or pored over it enough, you have a valid case to ask your manager to either stop writing it, or revise its content.

2. Don’t send your report out

If nobody is reading your report, then nobody will miss it.

Try writing your report, as normal, but don’t send it out. Wait to see if you receive a chaser or a complaint. If you do, then send your report out. Simple.

If nobody has missed it, you have a valid case to ask your manager to either stop writing it, or revise its content.

The importance of testing

Some reports are just too important to miss. Even if nobody is reading it today, it doesn’t mean that some audit later on won’t in the future. Before you decide to stop producing it, it’s important to test if it’s still used.

Do you write a report that nobody reads?

Perhaps it’s too long, too boring or too irrelevant (as I am sure you understand.) Share your story by leaving a comment below, or initiate a discussion in my forum.

StumbleUpon
This post is part 11 of 23 in the series Effective Communication
Tagged with:     business document