Home / All Featured Articles / Leader / Professional / Freelancer / Graduate / Best Of / When is it OK to Break The Rules? 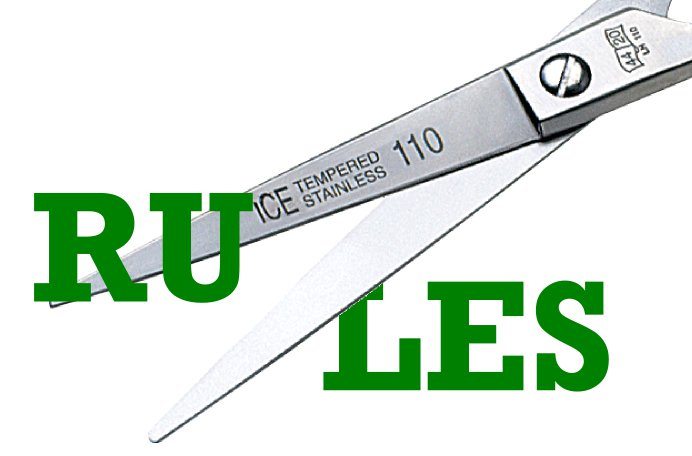 Is it OK to Break The Rules? The old saying goes ‘Rules Are There To Be Broken’…

There is a difference between what we consider as ‘policy’ and what we think of ‘rules’. Policies are a form of rules – more formalised rules that an organization mandates as part of operations. These are the commandments laid down by leadership. Break a policy, then you’re likely to be breaking your employment contract (which leaves you in a risky situation, i.e. you’re gonna get fired). So breaking organizational policy is not recommended, as a rule…

There are industy policies – normally called regulations. These are defined by government, or industry watchdogs. Sometimes, they’re created by self-regulating industries who form ‘cartels’ to standardize behavior. Breaking industry policy can have big consequences for an organization, such as fines, or attacks such as price undercutting from industry peers.

But rules are different than policy. Rules can be explicit, yet they are often unwritten and unspoken. Rules are the norms and standards that form by group behavior. They are socially accepted principles.

Rules can be anything from what you wear to work, to how you inform management of an impending crisis. If everyone wears blue, and you wear green, you’re breaking a rule. You won’t be breaching a contract, or get fired for it, but you’ll probably see people talking in hushed voices as you walk past their desks.

If you do things one way, and everyone else does it another, you might here people say “we don’t do it like that here.”

Then there are industry rules that define how things are normally done. These rules form because of repeating patterns, and commonality within an industry. These are sometimes supplier-driven. For example, in retail, suppliers expect to consumers to queue at a cashdesk to pay. Sometimes they are consumer-driven. For example, consumers expect to pay with their own choice of credit card, rather than using a store-linked one only.

And there are the rules of principle – how we should treat other people, animals, and the environment. Society, business and communities depend on rules to run smoothly.

When We Shouldn’t Break The Rules

Eric Brown, in his post Rules and Systems makes an interesting point: project managers who go outside the system leave a chaotic mess where people don’t know what they’re doing, or where they’re going. Breaking the rules of a project (the ‘method’ or ‘methodology’) can be disasterous, even if the ‘method’ isn’t the optimal one. This is very true in systems where there are a lot of moving parts, i.e. people. People are autonomous systems, just like cars in traffic, who can choose to go in their own direction and work outside the rules – often ending up in an accident of some kind. People, and cars, that operate inside the system get to where they need to, even if it isn’t a easy ride.

Rules that govern the quality of our social and economic lives, our safety, our health and environment are there to protect and serve. These rules are known as ‘common law’ and shouldn’t be broken.

What if Steve Jobs didn’t break the rules when it came to designing the iPod? We’d be looking at another (probably) failed music player. Jobs brought us a simplified, ergonomic piece of beauty – rather than the ‘standard’ over-complicated boom-box. He stripped down the ‘user interface’ to bare essentials, in a market that wasn’t demanding it. But boy was it successful. What jobs did was break the rules, and turned Apple around to be the most successful company in US history.

If we all followed the rules, we would only ever see marginal, organic change. We’d probably be still driving steam-powered cars and winding up our watches…. wait – I doubt we would even have those. Since the dawn of time, technology has developed by constant rule-breaking by brave, inspired individuals.

It’s not just about technology. Women in the workplace wouldn’t have happened if rules hadn’t been broken. Who was the guy that first turned up to work without a neck-tie on? Any major change in social behavior stemmed from someone breaking the rules.

You can break rules – just break them for the right reasons.