The Seven Types of Difficult Boss 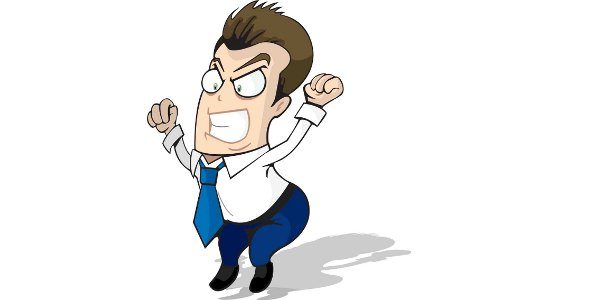 Got a boss who is really difficult to work with? Want to resort to physical abuse, or create an effigy to burn? I know the feeling. Here are seven types of difficult bosses and how to deal with them.

It’s a terrible place to be, I know. It’s stressful and bad for your health. Feel trapped? Sure you do.

When we have a ‘difficult boss’ it’s normally because there is a clash of personality types. Or maybe their first impression of you was a bad one, and it’s stuck. To begin the process of fixing the problem (or avoiding it getting worse!), you’ve gotta know who you’re dealing with. Not all difficult bosses are the same.

It’s about spotting behavioral patterns, and understanding them. I’ve listed seven types of difficult boss – maybe yours is one of them, some of them, or even all of them?

Your boss takes an age to do things, and they’re getting in your way. These bosses don’t make quick decisions. They procrastinate, and are over-cautious. A decision requires consensus, and this is slow.

Firstly, I advise an initial acceptance of this rather than fighting it. If you know decisions will take a long time, then incorporate this into your scheduling. The long-game is to slowly influence your boss by helping them realize the consequences of delay, and to put this onto his/her shoulders. Your boss is responsible for what happens in the team, so if a decision is to be made, it is their responsibility. So is the responsibility of a delayed decision, or no decision (which is, in fact, a decision – it’s the decision to do nothing.) Perhaps, until now, you’ve shouldered the responsibility for slow decision-making, when you shouldn’t have?

I also advise supporting the decision process. Ask your boss what factors are involved in making a decision. Get data, if it’s required. If consensus is needed, get the team together. Or suggest that the final decision doesn’t need to be made right away, but instead agree a provisional decision whilst the i’s are dotted and the t’s crossed.

The despot rules with an iron fist. His/her decision is final (and to hell with your opinion, underling!) Things have to be done THEIR way. The despot jumps on and kills any ideas or decisions that weren’t their own.

The despot is well practiced in confrontation (and probably loves it). So open hostility is not advised, as you’ll probably lose. I find the best way to deal with a despot is to ask questions, rather than provide ideas. Questions allow the despot to remain in control as it’s their choice as to what happens next. Any statement – whether it’s an idea, or an answer, or statement, or even challenge, can be phrased as a question. Here, let me give some examples:

Before: I think we should get Adam to supervise the admin team as he is showing true potential.

After: What do you think of Adam’s potential? Could he be a supervisor for the admin team?

Before: I don’t want to go to the Mitchell & Webb’s offices today because I have to finish off this proposal!

After: Would you rather me finish off this proposal now, or go to Mitchell & Webb’s office today, instead?

The bigot has already taken a dislike to you. Maybe it’s your gender, sexuality, race, creed. Or perhaps it’s your choice of football team, hockey team, or maybe it’s because you’re a democrat? Or it could be something about you that you haven’t even recognized? I think most people know when somebody doesn’t like them for a deep-seated reason. You get a vibe, but can’t always place the source of the dislike. Your boss hasn’t openly said anything to suggest what it is, but the curled lips or rolling eyes say it all. To be frank, the bigotism is your bosses problem, not yours, but you still have to work a way around it.

Firstly, if your boss makes any discriminative actions or statements, you have a case of grievance and this should be followed up with the formal channels. But if the bigotism manifests itself in subtle ways, it’s hard to build a case. Therefore, the solution is breaking through it and get your boss on your side, somehow. It is possible for a human to agree with two opposing ideas or thoughts. It’s known as cognitive dissonance. So it’s possible for your boss to both dislike you, and like you at the same time. An example might be that you’ve found out that your boss dislikes fans of the Dallas Cowboys, but likes romantic comedies. If you love romcoms too, then it’s something you have in common. Your mutual love of romcoms is a possible source of building a relationship on.

You’re gonna have to find out more about your boss to discover if you have anything in common, and work on it.

The inspector micro-manages everything you do. Down to the last detail. All your work must be checked, and all your activities are fed to you with precision. You’re an automaton.

One reason for this behavior is that your boss can’t let go of their previous job, which was probably yours. They haven’t learned to delegate yet. This will take time, but you can help them along the way. The answer is to anticipate what your boss wants, before it’s asked for. You’ll know this by learning their expectations, and delivering to them. This won’t happen overnight, as it’s likely that your boss is more experienced and skilled in your job. Once you make some headway, agree with your boss those decisions you’ll make by yourself and which decisions you will refer. Don’t hold out on your boss though and deliberately keep him/her in the dark, as if they find out you’ll be back to square one, or worse.

Maybe you are better than your boss? Then again, maybe you’re not but that’s how your perceived. Either way, your boss is still accountable for your work. But some bosses haven’t quite worked out yet that grooming a star performer makes them a star, too. You’ve got to help your boss see the benefits of their support and sponsorship of you. Some simple things to try:

Your boss is out of his/her depth, but doesn’t know it. Decisions are made from the gut, without the experience or skills to make them. Your boss wings their way through the day, but thinks they are doing a good job. Those decisions have a bad impact on your work, and you have to mop up afterwards.

You’ll need to help your boss. Offer advice and support whilst maintaining respect. If a decision is being made, give your boss the options first. Don’t try to prove how better or more knowledgeable you are. Much like the despot, you can influence your boss by asking questions, rather than giving instruction.

The b*****d is, well, a b*****d. This boss is spiteful and enjoys abusing people. Verbally or even physically.

Make a complaint to HR and, if you don’t get a satisfactory resolution, get the hell out of there. Simple.

Share this…
This post is part 11 of 16 in the series You and Your Boss
Tagged with:     managing upwards, bad management, bad boss, new manager, bad manager