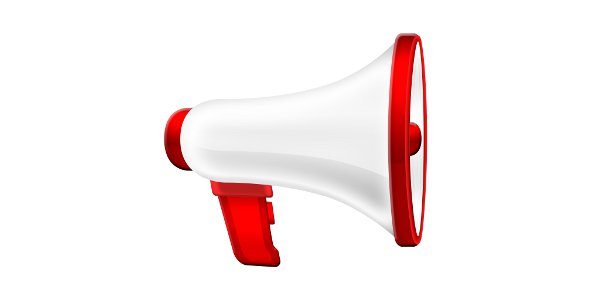 Being influential is something we can all develop. In my years in both the corporate and SMEs, I’ve met people who are great and influencing others, and people who are lousy at it. Here are five observations I’ve notice in the latter!

1. Forcing your own agenda

Without a doubt, the biggest mistake in influencing is when someone is on broadcast-mode, talking only about what THEY want to talk about. This is annoying, and I hate this. When I am in this situation, I switch off and my eyes glaze over, and all I then do is to find the best way to get this idiot out of my face. I was at a business show not that long ago and some guy approached me to talk about his financial wizardry, telling me that his scheme was far safer than my pension, and and that I should disinvest my retirement fund and use it to make loads of money in his caper. Not once did he ask me about my situation. He didn’t even listen to the answers to the questions he did ask. He clearly wanted to say his well rehearsed pitch. I couldn’t wait for this ass to leave me alone, and made my exit as soon as I could.

This experience isn’t unique. It happens all the time. You’ve probably experienced it too.

Last time this happened to me, I simply said, “So is it my turn to talk now?”

One other thing I dislike intensely is when someone is clearly trying to be-friend me through insipid sycophancy. Slimy creatures, they are. They smile, nod their heads, but I can see there is no interest in me or my needs whatsoever. Instead they say what they think I want to hear. They buy lunch, and throw in all the treats. They buy our favor, rather than our reasoned agreement. It might feel good to be treated like a king, for a while, but when the reality of making an important decision (from which our OWN performance will be judged by our peers), the technique falls flat on its face.

You see, these people try to buy us into a ‘psychological contract’ that has nothing to do with the product, service or solution. It’s a crude and ineffective use of personal and reward power, with an edge of coercion.

One time this happened, I looked over the oyster shell I had just emptied and asked “So when are you going to get to your point?”

This kind of influencer constantly picks holes at our own statements or situations. They’re relentless. This CAN be a great sales technique if it’s done subtly, and in balanced way. Instead, the person who continually attacks is a dreadful bore, and brings us down. We generally know where our problems are – they don’t need to be irritated or scratched. It’s a negative technique that can only work against the weak-minded, who will say YES just to find relief (only to say NO from a safe distance).

Some chump was doing this last week, so I put on a sad face and said “You’ve made me feel very unhappy now, I don’t want to talk any more.” And left the room.

Don’t you hate it when someone is just waiting for us to catch our breath to interject a ‘Yes… But…’? They’re not listening! When I find myself in one of these conversations, I’m wasting my time. Because the other person is filtering out what I say and listening only for the pauses. It’s similar to point 1, but even more annoying! Someone doing this often moves with a rocking motion – almost as if they’re throwing their body into the gap. Even worse is when they deliberately talk over me.

I sometimes fight fire with fire, and say “Yes… But you’re not listening to me” – this is a good way of disarming your foe without getting aggressive.

These people pick targets off, one by one, and look for their weaknesses – often choosing one of the above tactics to influence them. This is cunning. They expect to build consensus by getting individual agreement to their caper. The thing is, people talk. The whole sham comes crashing down when the group responsible for the decision actually congregate to make the decision, only to discover this flawed tactic.

I’ve dealt with this situation by inviting the enemy into a meeting, only to be faced with the whole group involved in the tactic. Squirm? They can hardly keep their ass on their seat!