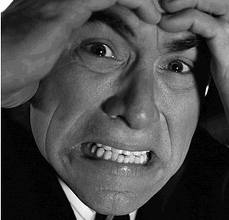 Do some tasks take much longer than you want them to? Do you dread some tasks? Well it’s likely you’re are suffering from procrastination.

I have a friend who, if procrastinating was an Olympic sport, would be a triple gold-medalist. Some tasks take her an age to complete – much longer than they really should. What’s more, she hates these tasks. And it’s amazing how inventive she can be about what other jobs should be done first, like sharpening pencils or cleaning her PC monitor.

Procrastination is a psychological effect. It is when we replace high-priority and urgent activities with less important tasks, therefore putting off the important stuff to a later time (which, by the way, may never come). For example, we might have an urgent report to write, but writing the report is boring, so instead we tidy our desk.

Why do we procrastinate?

Procrastination can be a result of anxiety. Perhaps we’re worried about poor performance in the task, or, we don’t know where to start and can’t (or won’t) get help.

Researchers from the University of Michigan, St. Joseph University, and Ohio State University have also researched the links between the benefit of completing a task and our willingness to do the task. They found that people who feel more ‘entitled’ (i.e. expect to gain a lot from performing any activity) have less patience for activities that don’t provide them with an immediate benefit. In other words, people who believe themselves to be a high-achiever feel less inclined to do things where they don’t get an instant result.

What effect does procrastination have?

Procrastination often results in stress (because that task hasn’t been completed!), a guilty feeling, and a severe loss of personal productivity. The feeling of guilt can be compounded when we know that the lack of action impacts other people.

And here is worst of it. These feelings can then have the effect of further procrastination. It becomes an expanding, vicious cycle.

If we procrastinate, are we bad, or lazy?

No. It is quite normal for most people to procrastinate to a certain extent. I do it. My mom does it. And we’re not lazy. Nor is my super-procrastinator friend.

‘Chronic’ procrastination can be linked to an underlying psychological problem, and often these people don’t seek help because they don’t want to be seen as lazy or unambitious.

For most people, procrastination can be overcome by a few coping tactics. Although this isn’t an exhaustive list, below are a few things to try that I know work for me, and they’re beginning to work for my friend too:

If you’re a procrastinator, then I hope these tips help, and please share your experience by leaving a comment below.

Share this…
This post is part 6 of 16 in the series Time Management
Tagged with:     performance, productivity, procrastination