3 Language Strategies for Building Rapport with Colleagues and Clients 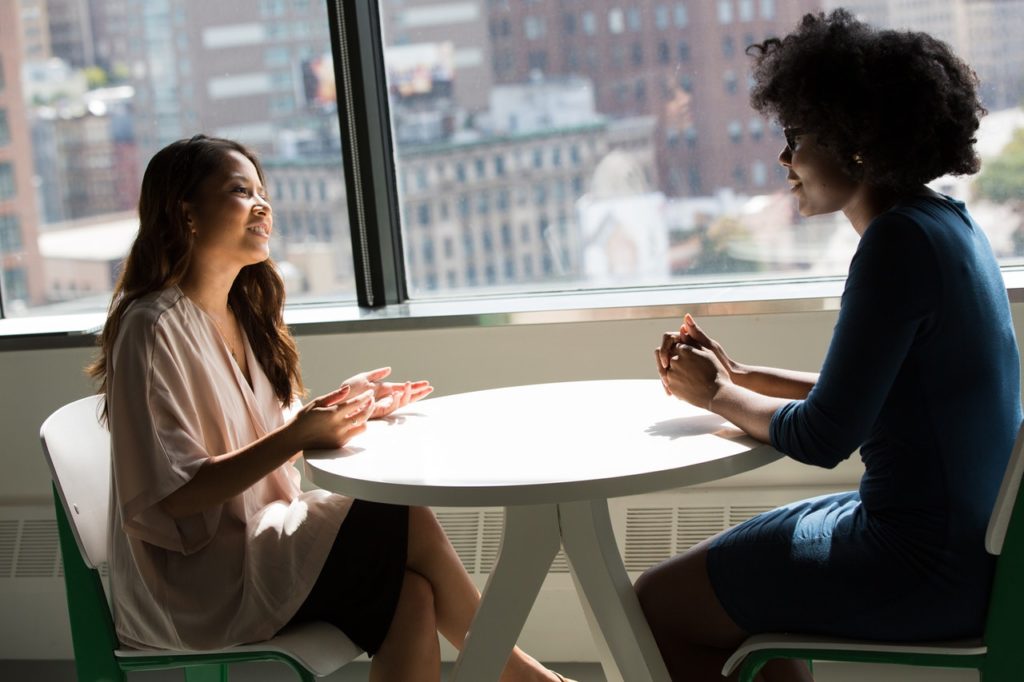 People like people like themselves. This is a well-researched (and often written about) fact. Did you know there is a way to build rapport with colleagues or clients by mirroring their language?

You might have already heard about ‘mirroring’ body-language to build rapport (if not, then check out my post 7 Ways To Become Liked in Your Workplace). There is a more advanced way, too, to build rapport with people using language that mirrors their own. I will show you what I mean.

If you listen to any conversation between people with rapport (they’re getting along really well!) you will notice that the people involved are processing information – what is said, and how people say it. Shortly after the conversation starts, they will begin to ‘sync up’ and mirror each other. The most obvious ‘mirroring’ is the body language. Both people cross their arms. Both people stand side on. Both people mimic the other’s body language.

Now listen to the richness of the conversation. Listen to how situations and stories are told, and you will also spot a pattern.

These patterns are of three general types.

1. Visual phraseology. When visual people are talking, they use phrases such as ‘I see what you mean’ or ‘when I looked at it’. Words describe a visual process, even if meant figuratively. (I am a visual – I tend to use visual metaphors when I talk and write)

2. Aural phraseology. When aural people talk, they use words that describe sounds. For example ‘Ah.. that rings a bell’, or ‘it was so obvious it screamed at me’. These people describe a situation using an aural process.

3. Textured phraseology. When ‘textureds’ talk, they’re using words that are evocative of textures. E.g. ‘did it go smoothly?’ or ‘we are in a rough patch, but we have a solid plan’. These people describe a situation using textural metaphors.

Then, the people who can jump between these ‘phraseologies’ can create rapport with the widest number of people. They’re phraseology chameleons.

You can be a chameleon. You have the choice to listen into the phraseology of a conversation, tune in, and mirror. When entering into a conversation with someone, identify their phraseology type. It’s best to lead with an open-ended question to create an opportunity for identifying type. Do this because rapport is a critical strategy to building a relationship with someone.

Don’t always be a chameleon, though. Why? Because people like consistency, too. Sometimes, it’s important to just be yourself, and default to your own type. Be yourself in times where you’re doing most of the talking, such as a speech or if you’re addressing a group. When mixed types are used, you use mixed metaphors and this can be confusing!

Use the chameleon technique when it’s a one-on-one situation!

Are you a Chameleon?

If this is a technique you have used before then please leave your opinion below and tell us how it works for you!

Stumbleupon
This post is part 12 of 23 in the series Effective Communication
Tagged with:     personality traits, influence, persuasion, rapport, body-language