There is No Such Thing as a Bad Idea 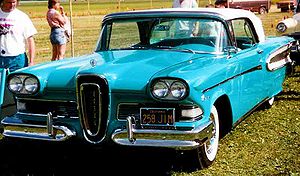 How often have you been told “That’s a Bad Idea“? Well here’s the thing; There is no such thing as a bad idea. No idea is bad, in itself, but perhaps ‘executing’ the idea could be. Let me explain…

When someone says that an idea is bad, I tell them to take a hike. An idea is a thought – a seed of potential change. They’re the birth of something new, or different. Everything that has come into existence through human endeavor began as an idea.

Without ideas, we wouldn’t innovate, or learn, or progress as a species. Inside organizations, ideas create opportunities to develop new products, new services, or new processes. Organizations need ideas to remain competitive and to grow, and to profit. Shareholders depend on them.

So why should ANY idea be bad?

Soothsayers who say an idea is BAD are, perhaps, scared of change, or can’t face challenge. To hell with them, I say.

Sometimes, though, to continue developing an idea and putting it into action could be described as ‘bad’. Some ideas do not result in a positive change, but that doesn’t make the idea bad – only the way the idea was elaborated is bad.

Auto historians will tell us that the Ford Edsel was a bad idea. Sure, Ford lost millions of dollars by bringing this car to the market (Ford lost $350 million ($2.45 billion in 2009 values)). More recently, Google Wave was set to challenge Twitter and instant messaging, but in August 2010 Google ceased developing it.

Bad ideas? No. Quite possibly, they were badly marketed; badly developed; or badly launched. And perhaps, both were too ahead of the market.

According to author and Edsel scholar Jan Deutsch, the Edsel was “the wrong car at the wrong time.”

Your Ideas and Your Organization

You are allowed to have ideas. Period. There is no law against having ideas (in the Western world, anyway). As an effective professional, your organization needs you to form ideas in order to become more efficient, and more effective. Not all your ideas will go anywhere. Here are the common reasons why:

An idea can die for many reasons. But does that mean having the idea in the first place is bad? Definitely not! Because all of the above are prophecies of the end result of an idea. The way your ideas are developed, the way resources are mobilized, the way it is communicated… are all variable, and situational. This is why some ideas work inside one organization, and don’t work in others. (What would have happened if the Edsel was conceived inside Chrysler?) There are many different ways that organizations develop ideas to innovate. They’re the pathway an idea treads to become something tangible.

If you have an idea today that ‘prophets’ are saying is bad, then don’t give up yet. Instead, listen to the reasons why these people think so, and discover a different way forward. Perhaps you’re not talking to the right people, or you’ve not yet discovered how to grab the attention of someone who can sponsor your idea.

If you’re sure you’re on the right path, then ask yourself  ‘what criteria does this idea need to satisfy to move it forward, and how can I measure when they’re satisfied?‘ It’s important that you start your journey by having at hand the relevant data to give your idea credence. Your idea must be as specific as you can be at the time. Talk in terms of:

At the idea stage, the precision of these statements will be low – they’re just a starter to be later validated, challenged or rejected.

The conclusion I want to share with you is that your ideas, no matter how crazy or challenging, are just the beginning of a journey. It’s the journey that could fail, not the idea. To give up on an idea without taking a single foot forward on the journey is a waste of of an opportunity – one which could change your organization, or even the world.

I just found this great book: Making Ideas Happen: Overcoming the Obstacles Between Vision and Reality

which I gladly discovered – because it’s a mini-course in a book that will help anyone get an idea off the ground, or recover a failing idea and turn it into a successful one. It talks about (in it’s own way) the ‘pathways’ I mentioned above. It provides guidance on moving away from something vague and locked inside our heads into a real ‘project’ – one which we share with our colleagues and lead. The single most important lesson I took away from it is that making ideas happen isn’t about how great the idea is, is it’s about how well we execute it! Buy it!