The Dictionary of Corporate Bullshit 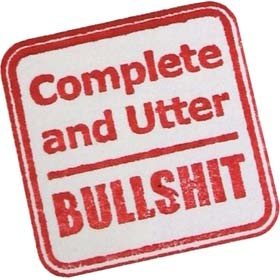 People say the dumbest things, right? Especially in the workplace! The invasion of consultant-speak means we all have to sift our brains for the meaning of what should be a simple statement of words. I don’t know about you, but I have had enough…

I recently decided to monitor myself for using bullshit language in everyday business. It surprised me how often I used it. I had to slap myself! Since I started, by contrast I’ve noticed how often colleagues and managers try to sound clever by using words and phrases that most lay-people don’t know the meaning of.

I’ve also discovered that I can still articulate myself effectively, and maybe even better. The truth is, corporate bullshit doesn’t really impress anyone, and is more likely to confuse people. Plus, the invasion of corporate bullshit also means that if somebody doesn’t understand what is being said, they’re often too embarrassed to ask, and they would rather allow the conversation to go on in ignorance.

The worst of it is that whilst writing this post, I am continually hitting the delete button to wipe out the very same bullshit that I am standing against! I hadn’t realized how habitual it is.

I wonder, though, if I am being too hard on the use of corporate speak. Is it just me in a mood, or are well all a little bit fed up of it?

I don’t think so. If you have seen the ‘Bullshit Bingo’ game you can play during business meetings, then you’ll know that there is a growing intolerance, and mockery, towards it (download your Bullshit Bingo card today!)

Here is a funny case. OK, it’s perhaps childish and silly, but it proves the point. Some years ago, a manager in the organization I was working in (I’ll call him Dave to avoid using his real name) liked to mop up corporate bullshit. If he heard a word that sounded clever, then he would use it too. Often completely out of context. Now me and my buddies decided to play a childish prank. We made up several words that had no meaning at all and began to drop them into conversation with this manager. Within a week, he was using these words too. To his embarrassment, he would use them with his boss, who happened to be the CEO. He fell foul when the CEO asked for clarity, and he couldn’t give it! (If you’re reading this, Dave, you know I have apologized many times over!)

I think enough is enough. When somebody uses corporate bullshit with you, then make a point in asking for the real meaning. Even if you really know what it meant by it. Why? Well what about the next guy who hears it? Will they understand? Will they ask? And what if the word of phrase being used is really misunderstood by the person using it? If it’s important to understand what is being said, don’t leave that to chance!

Can you sniff out the BS? Discover the real meaning behind those bullshit phrases in this very funny book: The Dictionary of Corporate Bullshit: An A to Z Lexicon of Empty, Enraging, and Just Plain Stupid Office Talk

. It’s 192 pages of side-splitting humor on the everyday bullshit that has invaded our workplaces!

Buy Now: The Dictionary of Corporate Bullshit: An A to Z Lexicon of Empty, Enraging, and Just Plain Stupid Office Talk