Home / All Featured Articles / Best Of / Graduate / Professional / What Should You Do If Your Boss Hates You?

What Should You Do If Your Boss Hates You? 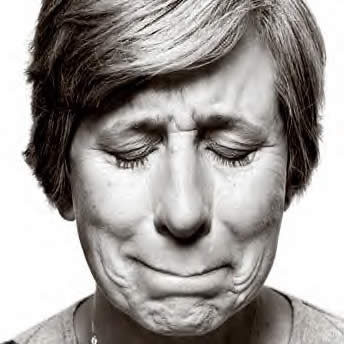 Your boss hates you – what should you do?

This is a common problem, I’ve discovered, when checking back through the many emails where I have been asked that very question. When you find yourself in this position, is it a lost cause?

I don’t think so, and here is what to do about it.

First of all, it’s vital that (from this point forward) you keep an open mind. For two reasons:

If you haven’t yet read my posts ‘5 Reasons Why Your Boss Hates You ‘ and ‘The ‘mystery’ boss: why your bosses behavior may occasionally look strange ‘ then do so now, and then come back to this post. They provide you with great insights into the mind of the typical boss, and possibly suggest why you might be thinking your boss hates you.

Do you recognize any of the ‘crazy behaviors’ that you thought could be hatred towards you, but are possibly more benign? Or perhaps you did discover a reason why your boss thinks you’re a dufus?

If you’re still unclear as to why you suffer a sour relationship with your boss, then now is the time to find out. The best way forward is to understand what problems need to be fixed, and how they should be fixed.

I should just say that I’ve known some people to try to go around whatever problem there might be – most of the time not knowing what the problem is. What tends to happen is that they turn into a kiss-ass. In order to gain new found favor with their boss, they engage in a sickly-sweet charm offensive. You have probably seen other people do this too… or maybe even engaged in it yourself. The effect is often successful, but temporary. When two people don’t deal with their problems (just like in marriage I guess) then any phase of reconciliation is cut short when the problem re-surfaces. And when you don’t know what that problem is, then you’re doomed to repeat it.

So here’s the deal: you’ve got to deal with the source of the bad blood between you and your boss directly.

What If You Don’t Know the Source of the Problem?

What I’ve discovered is that I was most effective when I opened up the discussion with a question about the relationship. It’s about getting on the front foot by creating an opportunity for your boss to provide some feedback. I would ask something like “I’ve noticed that we haven’t agreed on things lately; am I letting you down in any way?” This question isn’t a confession, or an admission of guilt – it’s an avenue for your boss to open up to discuss the problem. This may be the magical question that brings out the source of the problem.

Failing that, I’ve also learned that an outright confrontation works too – but not an aggressive one. If I’ve had problems with my boss that I couldn’t fathom, I have found an opportunity to make an approach on neutral ground, such as the car park or cafe, and state that I have sensed a problem and that I would like to work it out.

Sometimes, this process takes a while. You see, in uncomfortable situations, people often lie. They lie to get out of the situation. Don’t take this personally, but don’t give up too.

The last resort concerns the fact that your boss has a duty to you to provide you with feedback on your performance and treat you fairly as they do their other subordinates. Not only is this a typical organizational policy, but in most countries it is law.

If you notice that your bosses actions look unfair, then you should ask why you were treated unfairly. This is a right you can be expected to exercise, and you should also expect to be given a straight answer

When You Know What the Problem Is…

This is a great situation to be in. The ball is in your court, and you should have a specific action to complete or behavior/personal trait you need to change.

The best approach is to take action, without delay. Your response demonstrates how serious you take the rectification. Slouching now will look bad on you, and possibly confirm to your boss why he/she developed bad feelings towards you in the first place.

Next important step is to provide regular updates to rectification activities, in person if you can. If the problem is behavioral then you will need to ask for feedback on the behavior. This is a good excuse to continue building your relationship. Don’t get defensive if the feedback doesn’t tell you that the problem has completely gone, but rather ask for advice on how to continue with the change.

If the source of the problem is personal then this is less straight forward. I once knew a guy who had major body-odor. Bluntly, he stank. His boss really didn’t like this, and made it personal. The relationship turned very sour… but his boss didn’t tell him what irked him because it was embarrassing. Eventually, the truth came out. The smelly guy did change his personal hygiene and the source of the problem went away.

I’ve mentioned so far that in order to reconcile with your boss, you need to lose your baggage. Once you’ve turned the corner and you’re dealing with the problems, this needs to persevere.

Truth is, you won’t really lose the baggage. Neither will your boss. The road to reconciliation is a long one, especially if nasty things were said or done before – folk don’t forget that.

Those initial days and weeks will be awkward, as you and your boss try to forget (and fail in the early days). It’s much like a scab on your skin: it’s easily opened up and it takes real guts and determination not to pick at it, no matter how frickin’ itchy it is.

Have You Had a Bad Relationship With Your Boss?

What was your story, and how did you rectify the situaiton? Have you got wisdom to share with us?