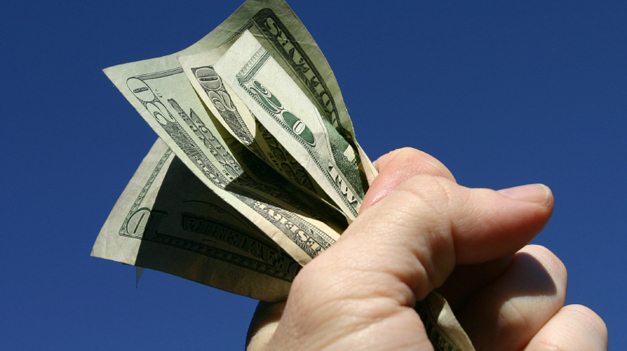 Asking for a raise during a recession can give good reason for your boss to think you’re totally out of touch with what’s happening in the global economy, or maybe they’ll think you’re just insensitive to business issues. It’s a risky thing to do. What if you’re struggling to make ends meet yourself; perhaps you have no choice? Here are some tips on how to ask for a raise during an economic downturn.

If you don’t need a raise, then don’t ask for one. Venturing into this territory has risks, so don’t put yourself at their mercy if you can avoid it. You might want more income, and so do most other people. You should only ask for a raise if you really need it.

Until recession really bit (Sept/Oct 08), inflation was high. In the US, inflation hit 5.6% and other countries such as the UK, Germany, Canada saw similar figures. Although inflation has gone down significantly, the effect of high energy and food costs, for most people, we are worse off. If it’s costing more to live now, workers who were just keeping their financial heads above water early last year will be struggling right now.

It’s essential to know the value of your role, based on your skills, experience and don’t forget location. You’ll likely observe a band in which your role pays based on these factors, and if you’re asking for a raise that lies well within that banding then you’ve got a good case, particularly if you’re currently earning below average. Try using Payscale.com (US), Salary.com (US), mysalary.co.uk (UK) or search for one in your country.

Once you’ve assessed the band you can negotiate in, you can calculate the ‘fair’ raise you’ll ask for. In a economically challenging climate, fair is to ask just for what you need and no more, providing it falls within the band. It should be a number you can justify and feel confident in asking for a raise with integrity. PayScale.com offer a neat tool for working out your cost of living . You can use the tool for free here .

Here’s another important thing: comparing yourself to your colleagues isn’t a great way of assessing a ‘fair’ salary. This rarely works as a bargaining tactic in my experience, and you’ll land your colleague in the shtuck – disclosing salary is not a prudent thing to do. It’s much better to compare yourself against the benchmark rather than an individual.

Asking for the raise.

Bill Sturrick, a HR manager in NYC, says “If you don’t ask for a raise right now, then you’ll be lucky to get one. You should ask though, if you need it.”Sturrick believes that asking for a raise now shouldn’t expect a hostile response, “People have to eat and put a roof over their heads, and often the raise needed is peanuts!”

The tip is to lay it out to your employer. Don’t hold back on asking for what you need, but don’t be pushy or greedy. Prepare your case before you ask, and demonstrate why you need to raise to make ends meet. Be honest with yourself and your boss when making this assessment though. Trickery just won’t work. Offer any data you’ve gathered to your boss during negotiation – in fact any information you use to base your case for a raise on you should share. You’ll expect complete transparency from your boss, so you should do the same. Any information you have must be open to challenge.

Also consider your uniqueness in your organization. Are you what’s known as a ‘key-man’? (or maybe ‘key-woman’, but it’s just a turn of phrase!) If you are irreplaceable, then you certainly have leverage to ask for a raise. Strong words of advice though – don’t over-use this, or even mention this during negotiation! Your employer won’t like you have them over a barrel, so only use this as a means of confidently negotiating, not as a negotiation tool itself. If you do, then I can promise you this situation will be short-lived whilst your employer reduces their risk.

It’s much better to emphasize your uniqueness and value by discussing the results from recent performance reviews/appraisals to show you are exceeding your employer’s expectations, and bring in any 360 degree feedback to the same effect. Sturrick advises “Use documented evidence of your value during your negotiations and let the opinion of your boss speak for itself.”

Alternatives to a Raise

Many employees won’t ask for a raise when they know that their employer is in financial difficulty. This is a stressful time for employee and employer!

Guess what though – there are alternatives than a raise which can help out with financial strain.

Take a look at personal expenses that are made in the course of employment. Many of these costs are in commuting and childcare. If a raise is out of the question for you, then ask your employer if you can telecommute (that’s work from home) a couple of days a week, which will save on your travel costs, car parking, possibly childcare and even on small costs like eating out for lunch.

You may also want to try negotiating other benefits to reduce your costs, such as additional healthcare and other insurance. Look for expenses that cost you a great deal but are low for your employer under bulk discount.

I’ve used the word ‘negotiation’ in this article a number of times, but perhaps we shouldn’t see it as a negotiation? This word rings of a win-lose outcome. A discussion about pay during a recession is about searching for a win-win, where you as an employee take home a fair pay that you can live on, and your employer enjoys the benefits of your skills, knowledge and experience for that price. Understanding this can mean you have fair and open discussions with your boss and your HR department – you’re looking for a workable solution to a shared problem.

Share this…
This post is part 1 of 15 in the series Getting Paid More
Tagged with:     salary negotiation, negotiate salary, recession, raise