Is ‘Dress for Success’ Still Applicable in Today’s Business? 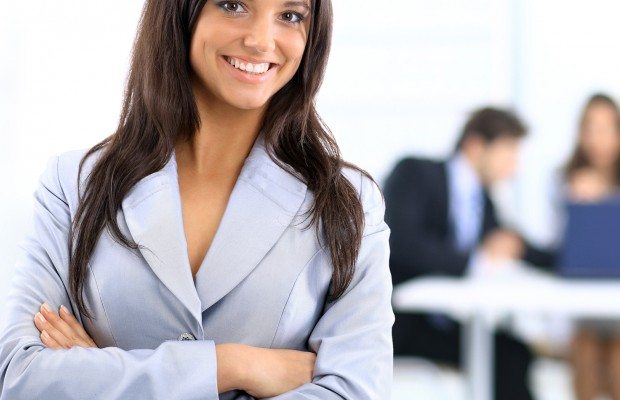 Do you Dress for Success? Or are you more shorts and t-shirt than sharp trouser suit?

I was asked to write an article on this subject by one of the young people I coach regularly, as she was confused on the issue of how she should dress for work. She is a believer in Dress for Success, i.e. dressing smartly is a requirement for career advancement, but had noticed that many senior figureheads dressed in a relaxed style.

Dressing smartly for work was once an honored tradition. For many years, since the early 20th centruty, everybody dressed in the same way, generally (and according to their gender.) In the 90s, ‘smart casual’ begun to emerge as the standard for dress in the workplace. This meant that workers could appear more relaxed, changing the mood of the environment. The DotCom boom moved things on again as almost anything went in some workplaces – rockband T-Shirts were allowed into the office! Some industries still demanded a level of dress though, such as Financial Services, Law and Medicine. You’ll find that the majority of the old-school industries still place demands on employees to preserve smart attire.

Does smart attire mean successful people? There wasn’t a consensus from the people I spoke with. Three things that everyone agreed on though is that dress code depends mostly on the industry and sector that you work in, the culture of your organization, and that it’s a personal choice.

Joely Swanson, a Program Assistant in Iowa State University, knows several CEOs that wear casual clothing into their workplace, and it makes them feel approachable to their employees. So some CEOs are intentionally dressing casually to encourage good relationships with their staff. However Joely does say that this depends on the culture of the organization. CEOs have a choice to make – set the high standard they want their organization to achieve in dress code, or conform to a more relaxed standard so to foster relationships with all levels of staff. But whatever the choice is, CEOs can’t do both. If they try, it will confuse!

It seems that CEOs are aware of the impact of their dress. What about everyone else? Lets look at some more factors that influence dress in the workplace.

Mary Lascelles, a Concierge Relocation Services Director in Redding, CA, has noticed that dress code can be influenced by the business culture of the local area. Mary comments "I believe people dress up more on the East Coast than the West Coast of the U.S." This is also true in other countries, such as the UK. London workers tend to be smarter on the whole than those in the west of the country. Mary does ponder whether the smarter the dress, the more serious about work you appear, which could attract more valuable clients in certain roles.

Frans van Arkel, a freelance Management Consultant in Mataró Area, Spain, has observed that it tends to be lower management and newcomers to organizations that dress the smartest. Soon enough though, – less sensitive people take longer. This tends to be the way it goes – over time, employees begin to adjust their dress towards what is the de facto standard in their organization, by observation. But whatever the standard is, you will find people who dress a notch or two above it and below it.

The culture of your own organization has a big influence on the standard dress. Each organization has it’s own culture, and dress code is part of that cultural norm. This is, by large, influenced by the company leadership – it’s they who set the scene – so look to the leadership to see what is the level of dress expected.

There is a big factor I haven’t mentioned yet – the role you play in your organization. Rick Beets, in Barcelona, Spain, provided me with his view of this. “If you’re an analyst or otherwise bound to a computer for conversation partner, you will not have the same dress needs as the company’s sales or PR guy, or a realtor selling property.” If you’re a manual worker, maintenance worker, nurse, or an associate working in a retail outlet, etc. then it’s likely you wear a uniform of some kind so your dress code is already set in stone.

So the conclusion so far is that your unless you wear a uniform, business attire is not measured in absolute terms, but relative to the norm in your organization.

Colin Tankard, an owner of a recruitment organization in the UK, says that age is also a factor. Regardless of position in an organization, older people tend to dress smarter, and in more traditional outfits. Younger people generally dress more casually and those that do dress smarter tend to wear more modern outfits. Colin believes that whatever the age, smarter dress tends to be more effective when seeking new employment. His many years experience shows that the more well-dressed people get their desired jobs easier. Although not quite empirically based, Colin’s evidence suggests that dress does influence the perception others have of you. Recruiters, it seems, like smart.

Is smart dressing a personal development activity? Pat Meehan thinks so. Pat is a Director of Employment Services in Evansville, Indiana. Pat believes that we all have a choice on how we dress, despite your company policy, but the only person you’re accountable to is yourself, so you must live and dress consciously to meet your own expectations.

Remember that by conforming to standard, you’re conforming to the company’s values and culture and it’s a clear indication of your commitment to your organization.

An interesting side thought is the ‘dress-down Friday’. Many organizations employ this. It is an opportunity for most workers to wear clothing out of the norm – perhaps to indicate to their colleagues their personal preferences and interests. You could argue that this also reinforces the norm, as it serves as an obvious contrast.