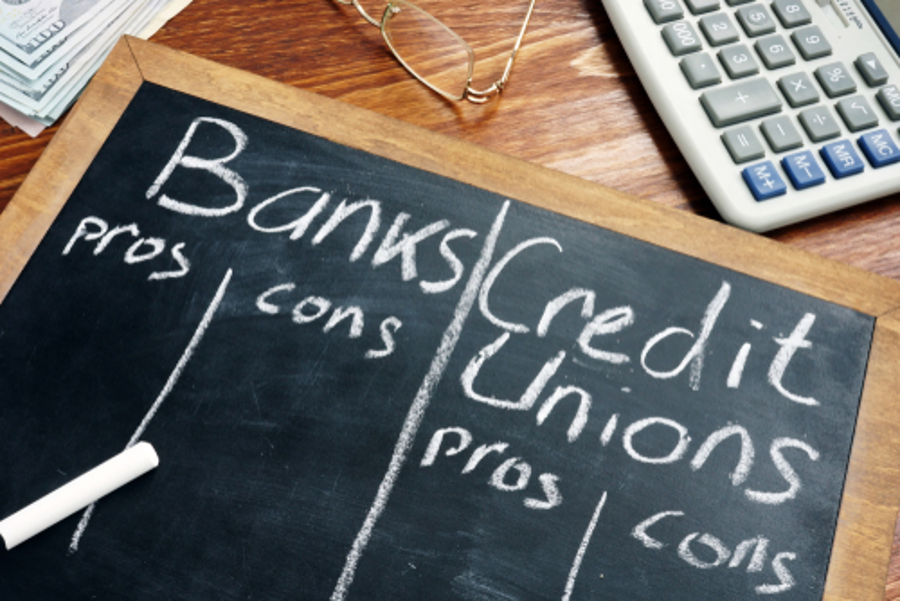 New York is one of the biggest financial districts in the United States. After all, this state is the home of Wall Street. In New York, Syracuse is also one of the busiest places, as people flock here for almost anything. From various options to the academe for university choices, and even for financial transactions, from a credit union to a bank, Syracuse has got it. But what exactly is the difference between these two? This article lays it all out for you.

1. A bank is not a member-based organization, while a credit union is.

On the other hand, a credit union, such as Empower FCU, operates on a membership basis. After all, credit unions began as an organization of people who are members of the union. You cannot transact with a credit union unless you are a member of the same.

2. A bank offers little flexibility, while a credit union is more flexible.

If you previously have had a bad financial standing or history with a bank, it is usually the case that it becomes harder for you later on to contract a loan. Banks are very strict with loan applications, for example, as they have thousands of applications to sift through every day. Because it operates as a business, they also cannot afford to lose so much money by lending to borrowers who do not possess a clean financial record.

Credit unions are more flexible than banks. A troubled financial past will not bar you from taking out a loan for an emergency purpose, for example. Also, credit unions have lesser applications to browse through, since loans can only be taken out by their members. This fact makes it easier for credit unions to work alongside its members’ welfare.

When you open an account with a bank, you are not necessarily an owner of the same. You can only become an owner of a bank if you purchase significant shares of stock when the bank puts up stocks for sale in the financial market. A credit union operates differently, as its members own it. Credit unions began with the purpose of providing security to its members; hence, the owners of credit unions are these members, who also work as the managers.

4. A bank operates for profit, while a credit union doesn’t.

One of the most common differences between a bank and a credit union is this: a bank operates for profit, while a credit union doesn’t. A credit union merely provides financial security and assistance to any of its members. Hence, it is like a cycle of passing money from one member to another, especially to the member who needs it most. Whatever interest is earned goes to the members as well.

A bank operates differently. Remember that although it is a financial institution, a bank operates for business. Hence, it needs a profit. Remember that a bank has bills to pay, such as employee salaries and other utilities. Whatever profit or interest that is earned by banks through your deposits are incentives given to its owners or shareholders.

5. A bank is run and managed by its shareholders, while a credit union is controlled by its members.

When you are an account holder in a bank, you do not have any say when it comes to the management of the same. You merely come in the bank as a client, a depositor, where you are obliged to follow whatever rules the bank has in place. Hence, whenever you open an account, there is always an undertaking you have to sign, and the same is even true with loan transactions and the like. You have to follow the rules in place.

6. A bank is open for anybody while credit unions are more exclusive.

Banks in Syracuse do not have a sense of exclusivity to them. This means that whatever your social standing or your occupation, you can both coexist in the same bank. In a bank, you will find account holders from low-income paying jobs to multi-million depositors.

Credit unions are the reverse. There is a sense of exclusivity in credit unions, where its membership is dependent according to its purpose. For example, a credit union for farmers is open to members only who are farmers and their immediate family members. If you are a teacher, you cannot open an account or be a member of the same. This fact is mainly due to the reason that credit unions are present often for a common financial goal, which is to combat the economic woes of people of the same class or means of employment. You cannot understand the concerns of your members who are farmers if you also aren’t one.

7. A bank has less competitive fees and interest rates in comparison with credit unions, which offer better rates.

Because a bank operates as a business entity, it is but normal for them to price their products and services in such a manner that they can effectively maximize their profits. Banks cannot earn a profit if they become too generous with the interest rates on their deposits, for example. With this, banks usually also have higher annual fees, as they need these fees to keep the business running.

In comparison, credit unions offer better and more competitive rates. Remember that the nature of credit unions is not really to operate as a profit-earning business. Hence, they are not very concerned about keeping profits to themselves, as they have the welfare of their members at heart, being that these are also the owners of the same. It is the case, therefore, that credit unions have higher interest rates on their deposits, and also have little to no annual fees at all.

Weighing a credit union and a bank altogether, it is difficult to conclude which one is better than the other. They each have their strengths, and their weaknesses as well. Whatever you choose in Syracuse, be it a bank or a credit union, really all boils down to your personal preferences. Whichever option you think best suits your needs, then that is the best choice for you.