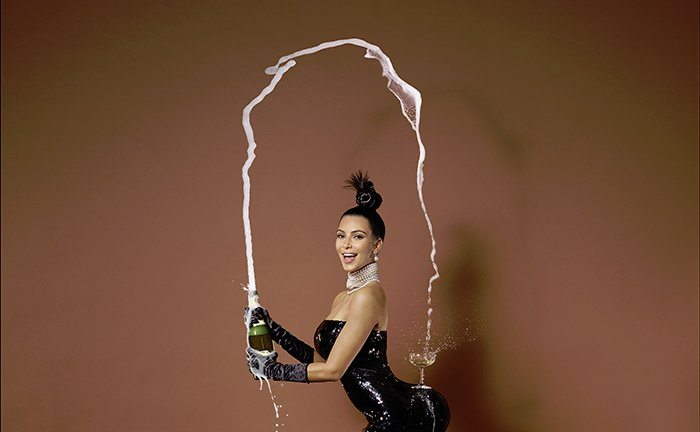 Did you see Kim Kardashian’s attempt to ‘break the Internet’ with the release of new photographs?

I don’t normally comment on such things on my blog, but when I heard about this blatant publicity stunt, I questioned whether she is a good role-model, or just a woman with a big butt?

Her very existence gets people talking about fame, the role of the media, and how individuals can literally conquer the world…

Kim (or possibly just her publicists) attempted something ridiculous. Momentous even. With the release of a few images, they suggested it could bring down the web. A bold, cheeky claim – but in one way, I thought why not?

It’s true that for most people don’t think ‘big’ – I mean really big – so when someone like Kardashian comes along to attempt such a thing, should we just take our hat off to them and applaud their gall? A big part of me says Yes – what’s the problem? If Kim can inspire a few more people to chase a bigger dream, then she has achieved something amazing.

There is another big part of me which has a general unforgiving of the vanity of the celebrity lifestyle. I have no interest whatsoever in Kim Kardashian, so these photos and the enormity of her goal piqued my interest briefly, but boredom followed soon after. In the cold light of day, this woman appears to me as being a rich vacuum, void of anything actually interesting.

But her very existence gets people talking about fame, the role of the media, and how individuals can literally conquer the world (and big butts.)

If all it takes is to have a big bum to get the world talking, just imagine what you can do with an innovative idea, compassion, and unbridled passion? Kim Kardashian is a role-model for people who aren’t thinking big enough yet.