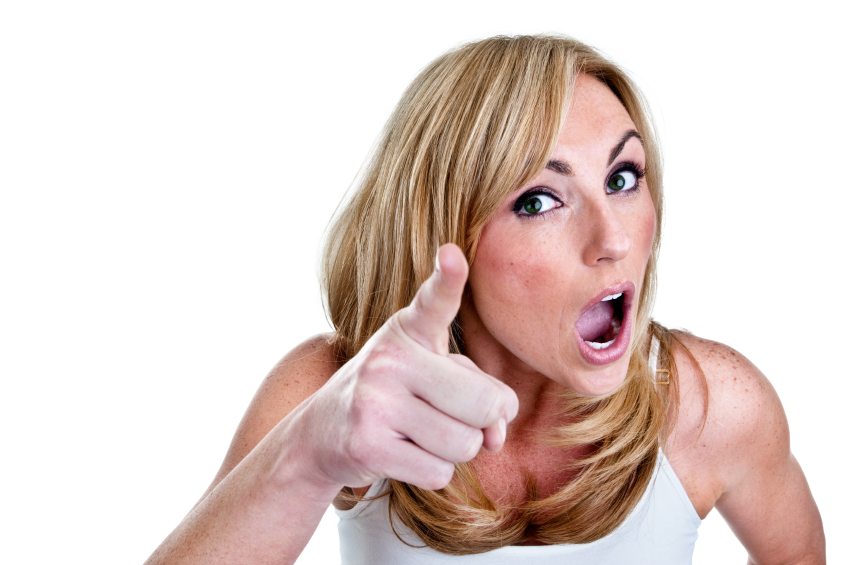 Power is a force of influence and authority. Most leaders wield power, but how power is manifested and used often differs between leaders. Where does a leader get power from? Or do a leader’s followers give it to them? Well it’s both. In this post, we’ll be looking at the five different sources of power a leader can use, with some advice on when these powers should be used, and perhaps when not.

The five sources of a leader’s power come from distinctly different sources. Here’s an overview:

Expert Power: When a leader has significant domain knowledge/skills. E.g. an expert accountant influences how junior accountants go about their tasks

Positional Power: Comes when a leader has a legitimately held position of authority. E.g. typically, the CEO of an organization has the highest positional power

Reward Power: Is evident when a leader can give, or take away, a reward. E.g. a leader can influence a follower’s behavior by awarding a bonus, or taking away perks

Coercive Power: This is felt when a leader creates the perception of a threat. E.g. a leader has coercive power if her followers believe that she will initiate disciplinary action

Personal Power: Influence gained by persuasion. E.g. a manager may have to rely on nothing more than a friendly please and thankyou for an employee to perform a task

So now we will look at each of these sources of power and consider when they could be used, and when it’s not appropriate to use them…

If you’re reading this then you’re probably like most professionals and leaders that potentially have expert power. It is the esoteric nature of the professional’s subject matter that means most superiors or colleagues don’t possess the same applicable knowledge or judgment as you, even if you have no formal authority on the subject. Therefore your word on your subject carries weight and has the means to influence the outcome of decisions where it applies. For example, a programmer can influence the design of a niche application because of their knowledge of a codebase, and a support engineer can influence how a support process operates because they are known to be the best at supporting that function.

It is common, therefore, that followers can have more expert power than their leaders. New leaders particularly can possess far less knowledge than their followers. This can put you in a vulnerable position. To gain the same level of knowledge can be time-consuming and possibly not practical, if skills are hard to acquire. You wouldn’t expect an Finance Director to take a Cisco Systems course so that they can directly influence the outcome of a computer network investment, would you? As a leader in this situation, you should not rely only on expert power to influence outcomes and use other sources of power accordingly.

Therefore, by possessing expert power you have something that most others cannot easily acquire. It is a powerful asset. But is it always used for the greater good? No. Withholding knowledge as a means of gaining or maintaining power is all too common. Leaders who identify this practice have a difficult challenge, but it must be avoided. One might see this where IT departments are in the process of being outsourced, or if an employee feels threatened by new members of their team. As a leader in this situation you should apply other powers to resolve the problem, such as rewarding knowledge sharing or building closer relationships with the affected employee to persuade him out of this way of thinking.

Use expert power when…

Don’t use expert power when…

Positional power is gained by a person’s role in their organization. In many organizations a grading system is used to position an employee, or it maybe evident in an organization chart. However your organization elevates its employees in the structure, positional power is a function of one’s formal authority. It’s being the boss. As the boss you can decide who does what job and who goes where. As the formal authority, you have influence because you have been given the accountability for that department or function.

Being the boss, however, does not guarantee that you will have followers that comply of their own free will. It does not mean you will be the leader. Using only positional power means you make decisions without consideration of personal relationships, individual needs and personal objectives. It could result in compliance, and only compliance. You might see that your subordinates work to rule or union policy, and behave inflexibly. Subordinates in this sense are wielding positional power too in order to influence an outcome. Ensuing disputes can be very costly and disruptive, and its likely as a leader you will come out of this for the better. Using positional power is not bad, but should be used in conjunction with other sources of power to be most effective.

Use positional power when…

Don’t use positional power when…

One has reward power if you have the potential to influence the actions or behaviors of others if you have control over desired resources, such as salary benefits, human resources or capital. In essence, it is due to your ability to offer incentives. For example, a leader of a programming team can increase productivity in their team by offering benefits like new programming tools or a team outing to paintball. A common practice in many organizations with a salesforce is to offer places at a sales conferences in exotic locations. It is sometimes as simple as a leader offering affiliation with themselves, such as meetings over coffee or public recognition.

Having the potential to administer reward is a powerful force. It is an effective motivation mechanism. However, it must be used carefully. One mistake that leaders often make is to assume that the reward is worth the effort in the eyes of their followers. Another possibility is that it could create or reinforce an entitlement culture where explicit rewards are the only motivation, and the revocation of the rewards creates the opposite outcome. It is also possible that followers who do not receive rewards can foster jealousy or resentment creating further problems within the organization.

Use reward power when…

Don’t use reward power when…

Coercion is a potential to influence others by sanctions or other negative action. For example, an engineer works longer hours unpaid because their performance review is due with her leader. It is a product of fear of loss.

Coercion is not always the same as a threat, which is a direct and deliberate action of coercion. Indirect coercion can be due to a perception by the engineer, in the above example, that a threat is in place, even if a threat had never been expressed by their leader. Another example is where a designer compromises on a design to align to their leader’s personal motives, where the leader is known to have a temper and short-fuse.

Coercion is not inherently ‘bad’. Coercive power can be instrumental in an organization if certain standards are required or regulations upheld. For example a programmer works in an organization where software standards must be applied to comply with contractual obligations. To be effective, the programmer must know that there are penalties to himself (e.g. given a warning or a black mark on their performance) and also to their employer. Another example is a HR policy which stipulates the immediate firing of an employee who makes racist comments.

Coercion as a staple source of power rarely makes for a good leader. Ruling with an iron fist behind your back doesn’t foster good working relationships and respect. Its also likely to result in employee’s revolting, reflecting your coercive tactics in the form of strike action or similar. Coercion should be used sparingly, if at all, and only to stem negative behaviors in your followers that may be outside of behavioral policies, but only once other forms of power have been exhausted.

Use coercive power when…

Don’t use coercive power when…

Take a look at my post Is Coercion A ‘Bad’ Management Tool? for more.

Personal power is created by strong relationships between a leader and her followers. It is the potential influence that you have due to the quality of this bond; a product of trust and affiliation. A business analyst will accept the influence and decision of his leader if he believes his motives are aligned to their shared values. Personal power begins when two or more people have rapport and build upon their relationship. The more that the follower sees good in the actions of the leader, the more personal power the leader will possess over the follower. Personal power is synonymous with friendship.

Personal power comes into play when a leader can influence a follower by a conversation. A simple exchange of words in terms of a request is often enough, even if the follower does not necessarily understand or agree with the request or decision. Personal power can be an optimal means of making progress, but it does come at a price. The leader must work hard at building and maintaining these relationships.

Personal power can have a downside when discipline has to be practiced by the leader. Having a crunchy conversation with a follower who you share a strong relationship can be awkward. It is common for leaders to shy away from the discipline, leaving unresolved issues that can fester for later explosion.

Use personal power when…

Don’t use personal power when…

It is perhaps only personal power that can be used singularly, but this comes at a cost in terms of the time and resources it takes for you to build relationships. All other forms of power should be used in conjunction with each other. It is unlikely that you can use the same mix of power for every situation. The skill of leadership is knowing when to use these powers and when not too. Judgment is key. Like any other skill, using power must be practiced, and you will make mistakes. Don’t be afraid! Learn from these mistakes.

How Do You Use Power?

Using the wrong power is easy – we’re all human. I could count the number of times I’ve make mistakes in the use of power on one hand, if my hand had a million fingers. I’m human. So are you. Have you used the wrong power and felt disastrous consequences? Or maybe you have chosen to use a power differently for the first time and seen great results?

One way to improve your leadership skills is to hire a leadership training program.

StumbleUpon
This post is part 1 of 5 in the series How to Use Power
Tagged with:     coercive power, expert power, leader power, personal power, positional power, power examples, reward power